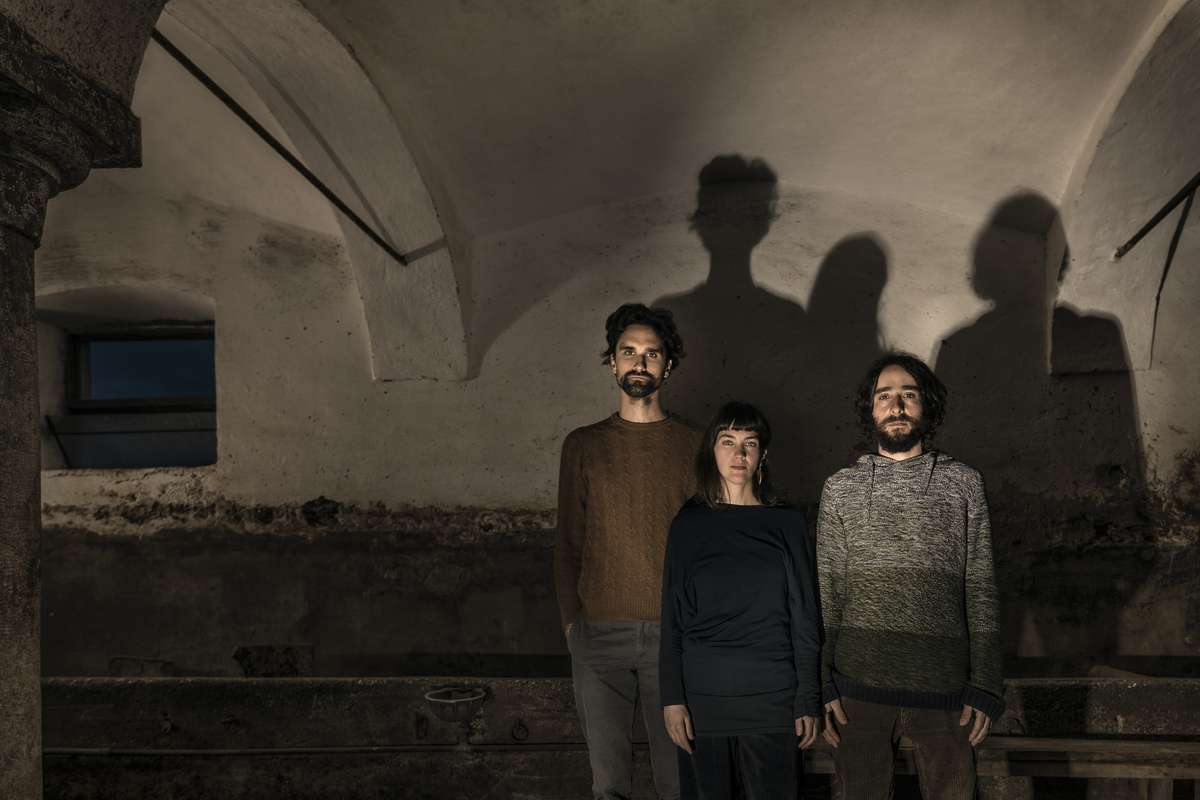 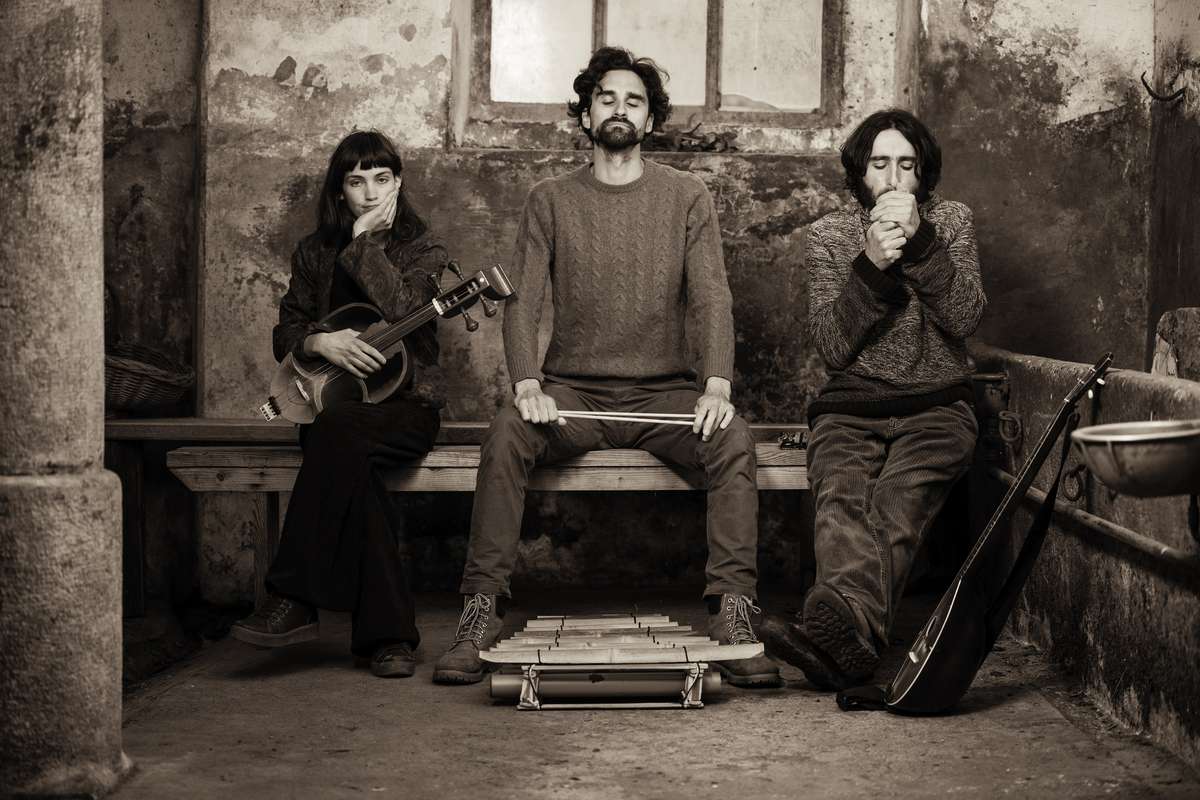 The intertwining of diverse musical approaches and tools, histories of sounds and unbridled musical imagination and craftsmanship is the expansive guiding principle of the Širom trio, whose members stem from the regions of Prekmurje, Tolminsko and Kras. More than a dozen instruments can be found in the repertoire of Iztok Koren, Samo Kutin and Ana Kravanja and at least as many given musical forms that can be perceived as an inspiration behind the character of this new ensemble.

However, in their practice as well as experiencing they remain anchored in their creative process to an extent that allows them to avoid merely reflecting existing patterns. What this generates in an original, stylistically homogeneous form of expression that oscillates between a wide array of folk sounds and contemporary acoustic rock-style meditations. The end result is grounded yet still mystical minimalism. Širom’s music is contemplative, but can get harder when necessary, it is closer to being band- than chamber-like, to being street as opposed to urban in nature.
Each member of Širom also performs in a myriad of other bands and music projects, such as ŠKM banda, Hexenbrutal, Najoua, Samo Gromofon, and Horda grdih.

Širom are SHAPE Platform 2020 artists. Their concert is a pre-event of SONICA festival: Paradise Haunted Garden.